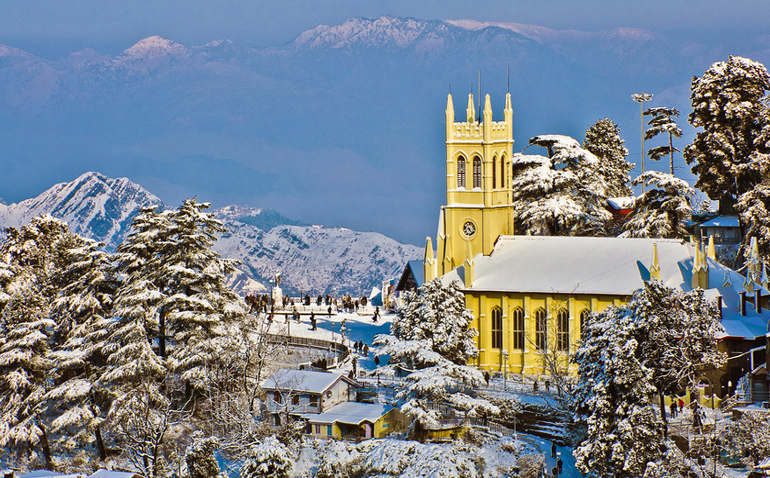 The former summer capital of the British in India, and the present capital of Himachal Pradesh, Shimla has been blessed with all the natural bounties which one can think of. It has got a scenic location, it is surrounded by green hills with snow capped peaks. The spectacular cool hills accompanied by the structures made during the colonial era creates an aura which is very different from other hill.

The Mall, packed with shops and eateries, is the main attraction of the town, and Scandal Point, associated with the former Maharaja of Patiala's escapades, offers a view of distant snow clad peaks

Shimla is ideally located, and though there is an air service to the town, it is best reached by road that takes in the charms of the HIMALAYAN countryside at its best. There is a sense of nostalgia about SHIMLA, with its old bungalows and their gabled roofs and beautiful gardens.

Hotel Dhroov Shimla offers a style and service unmatched in the region. Indulge yourself in the top notch experience of fine Rooms and Restaurant.